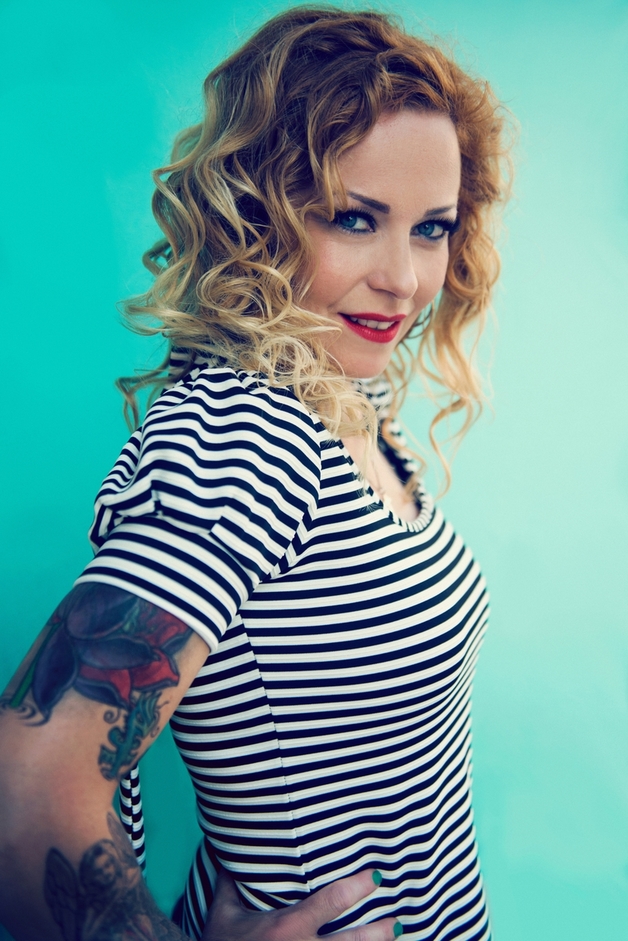 Dutch vocalist Anneke van Giersbergen is easily one of the hardest working people in music and an artist that defies being pigeonholed by genre. She will forever be known as the vocalist for melancholic metallers The Gathering, but since striking out on her own in 2007, she has solidified a solo career, recorded and performed multiple times with Canadian metal genius Devin Townsend, and lending her honey-sweet, yet powerful voice to the likes of Anathema, Icelandic folk group Árstíðir, Within Temptation, Ayreon, Holland’s biggest band BLØF, Amorphis, John Wetton and Napalm Death.

Having proven her credentials and immense vocal talent for 13 years as front woman of The Gathering, in 2007 Anneke felt it was time to embark on a solo career. Along with her new band Agua de Annique the charismatic singer quickly established herself as a solo artist.

2012’s ‘Everything is Changing’ was somewhat of a milestone in Anneke’s solo career. The album, which was the first to be released under her own name, got her nominated for two Edison awards – Holland’s most prestigious music prize – in the categories ‘Best Female Artist’ and ‘Best Album’.

On March 20, 2015, Van Giersbergen and Ayreon mastermind Arjen Lucassen released their collaborative album ‘The Diary’ under the name The Gentle Storm.

In 2016, Anneke decided for the sake of clarity to narrow her musical focus, choosing to go in a folk acoustic direction as a solo artist and in a heavy progressive metal direction as a band vocalist. The name VUUR – translated from Dutch as “fire”, which can also be interpreted to mean “passion” or “drive” – was chosen as a moniker to represent Anneke’s metal side, with the idea that when fans buy a ticket with the VUUR name on it they will be getting her heavy progressive music, while an Anneke van Giersbergen show will be entirely different.

VUUR released their debut album ‘In This Moment We Are Free - Cities’ on October 20, 2017. The album entered the Dutch Album Top 100 at number 2, Van Giersbergen’s highest-ever chart position.

In late 2018, Anneke released ‘Symphonized’, an 11-track live album record at two career-spanning concerts alongside Residentie Orkest The Hague, which saw solo tracks as well as compositions from VUUR, The Gentle Storm and The Gathering reimagined with the orchestra.